Commissioned by Google through Nexus Interactive Arts, this installation, launched by President Obama during the National Christmas Lighting Ceremony 2014, was part of the wider Google Made w/ Code initiative to build enthusiasm amongst girls for programming.

Young coders were invited via the Google Homepage to create animations for their National Christmas Trees - which would then be displayed using LED light decorations on trees in front of the White House. 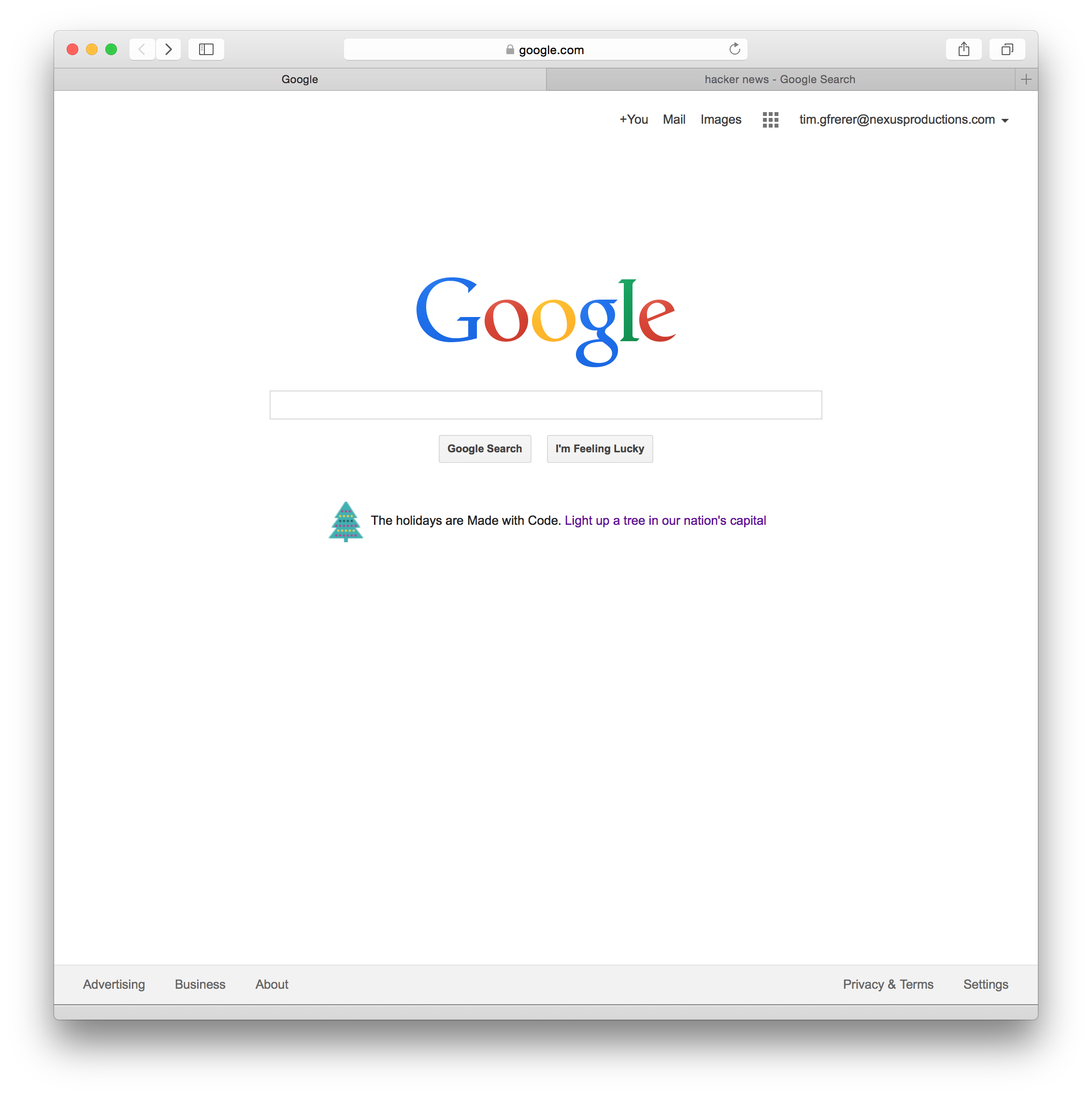 Together with Arturo Castro, I was responsible for designing and writing the show control and simulation software which would run on-site in Washington, and which would bring the young coder's designs to life on the christmas trees in front of the White House.

We first developed a customised real-time simulator using openFrameworks, so that the creative team at Nexus could get a feel for the space, and develop animations and content which would visually complement and celebrate the thousands of young coder's submissions. 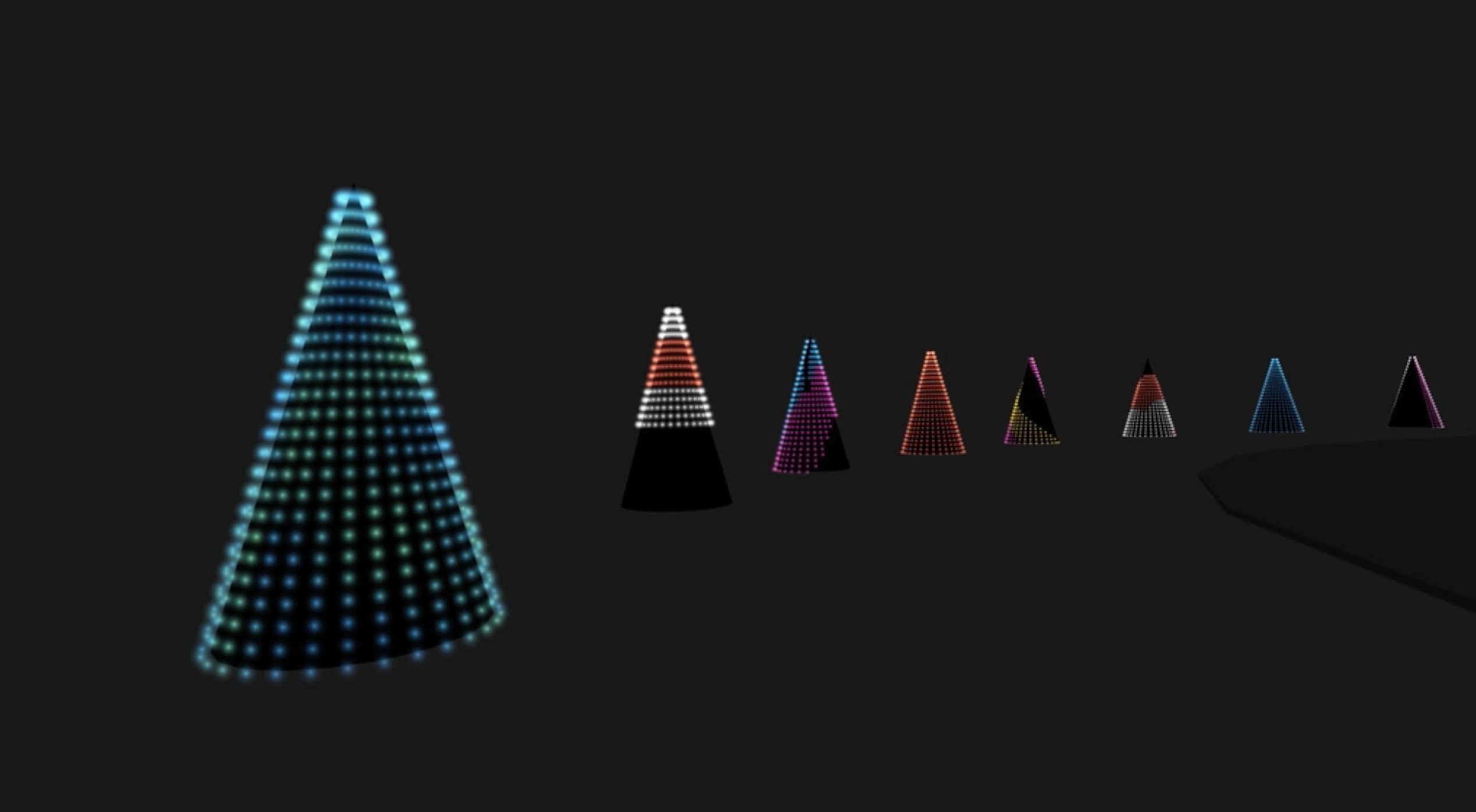 The animations were displayed on christmas trees using a custom mapping software which Arturo and I developed. With this, it was possible to treat the Christmas trees as if they formed a single 3D image canvas.

Our custom 3D mapping system had to be very flexible as it needed to change at short notice based on how the LEDs would be attached to the physical christmas trees.

Control output for a single tree - each pixel maps to an LED. Harun Farocki would probably have called this an Operative Image.

Charles Yarnold created custom hardware & software controllers so that we were able to target each individual LED on the christmas trees.

Our show control software also allowed for sequencing - from dramatic flourishes to moments of calm anticipation - and was used during the official Christmas Lighting Ceremony, when President Obama switched on the lights.

The Making of a Cannon